The information on the following pages is offered for the benefit of those specifiers who are modeling expansion joints in computer stress programs. 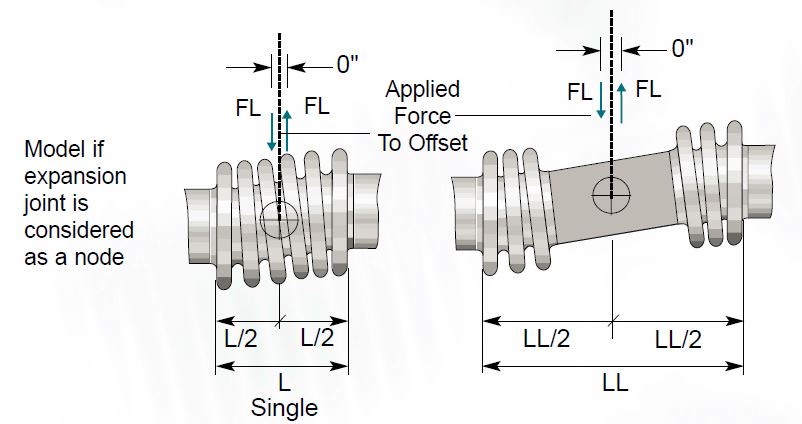 Torsion can be very damaging to an expansion joint. Torque causes a bellows to want to take a cork screw shape, significantly reducing its pressure carrying capacity. If torsion is present in any amount, it is very important to specify the torsion loading in the inquiry so that the effects of torsion can be taken into account in the product design. If a significant amount of torsion is present, it may be necessary to add hardware to the expansion joint to isolate the bellows element from excessive torque. Expansion joint design engineers assume there is no torsion load on an expansion joint unless a torsion value is specified. Contact
the factory for further information about torsion loading.